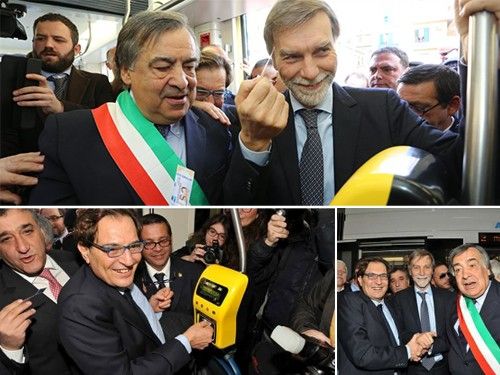 After almost a century the Palermo tramway is back. With hundreds attending, on Dec 30th 2015 the Minister of Infrastructures Graziano Delrio, together with the Palermo Mayor Leoluca Orlando and the Governor of Sicily Rosario Crocetta, have officially inaugurated the first public ride.

On every car there is installed an AEP F240 validator as well as MTVM vending machines on the stations.

Customers’ quality feeling about AEP is very important for us. We will be glad to open our doors to you, show you our plants and test rooms, put you in contact with our technicians, and receive your suggestions
I cookie ci permettono di offrire i nostri servizi. Nell'utilizzare i nostri servizi, accetti l'uso che facciamo dei cookie. ok leggi tutto
Cookies Policy
Necessary Always Enabled