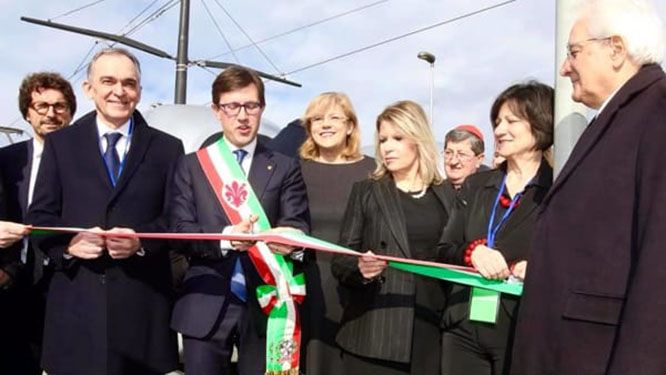 Launch of line 2 of the Florence Tramway

February 11, 2019   In the presence of the President of the Republic Sergio Mattarella was inaugurated today the T2 Vespucci line of the tramway that connects the airport of Peretola to the train station of Santa Maria Novella. In addition to the Mayor of Florence Dario Nardella and the President of the Region of Tuscany Enrico Rossi, the Minister of Transport and Infrastructure Danilo Toninelli and the European Commissioner Corina Cretu were also present at the ribbon-cutting ceremony.

The event has had a great resonance: many reports and videos are available online.