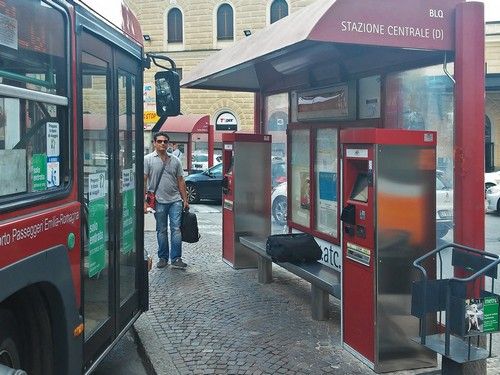 The new RTVM-I’s for TPER are fully operational (the Bologna railway station shown in the picture) to buy magnetic tickets for the “BLQ” line serving the Bologna airport. The new RTVM-I’s are the first to be equipped with the QR-code reader which will be used shortly to buy tickets over the Internet.

During the first month of operation, they produced nearly 35,000 tickets.

Customers’ quality feeling about AEP is very important for us. We will be glad to open our doors to you, show you our plants and test rooms, put you in contact with our technicians, and receive your suggestions
I cookie ci permettono di offrire i nostri servizi. Nell'utilizzare i nostri servizi, accetti l'uso che facciamo dei cookie. ok leggi tutto
Cookies Policy
Necessary Always Enabled