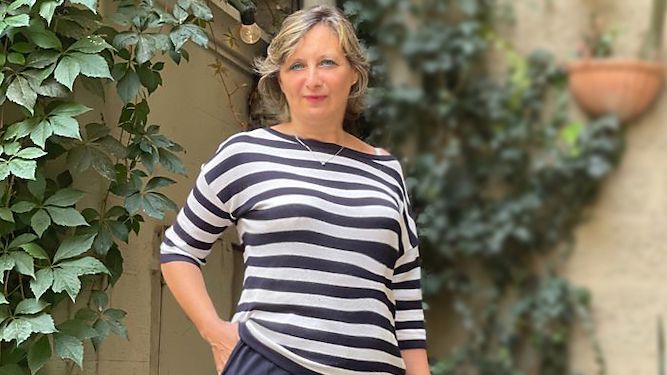 «Not just numbers: being an engineer is much more»

Graziella Donato talks about herself, between projects and objectives

Rationality in the first place, but not only that. Born in 1966, of Calabrian origins but transplanted to Florence to study at the University of Electronic Engineering after graduating as a surveyor, Graziella Donato finished her studies without even having the time to create it and found herself developing software.

«I chose the most humane branch of electronic engineering, the biomedical one, even though working life took a different turn – she says. I worked for twenty years at Gilbarco, covering various roles from that of a developer up to following the security levels for payment platforms. In March 2019 I moved to work with Aep».

Graziella in Aep, between present, work in progress and prospects

Here Graziella plays a “mixed” role: she follows the part relating to the EMV payment but also that of product industrialization that is her optimization in order to reduce costs while maintaining a high level of quality and production engineering. You are currently investing energy in a project: the acceptance of bankcards, and not just international ones, for payment on French buses.

«I like the work I do today, I have contacts with people all over the world but what I appreciate most is seeing what we have worked for working, doing something that is needed and used by others in the world – he explains -. Ours is an environment in which you must constantly stay up to date and it is essential to always keep your brain active, see solutions in the round, work in anticipation of future innovation, trying to anticipate it, making shoes for the present. This is the charm of my work».

Graziella is also the mother of a son already 14 years old. «He is, if we can say so, a” son of art “because his father is also an engineer – she says smiling-. Everything suggests that engineering will continue to be part of her path, as well as her DNA».

Graziella, like a good analytical mind, has already made a list of good resolutions for the New Year. «I would like to learn French and add another non-technical skill to those in my baggage, for example I would like to improve in the communicative part, useful for negotiating negotiations at work but also in managing emotions in the life of all days. Because, after all – she concludes, I am an engineer but still born under the passionate sign of Scorpio».