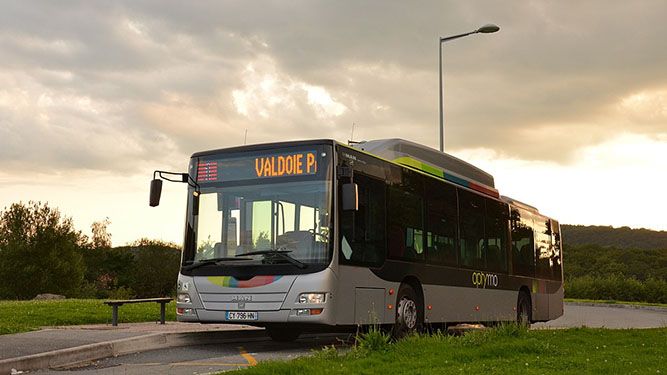 February 2, 2019  AEP’s growth continues in France: SMTC has chosen AEP solutions for its new system, based on ET, The Easy Ticketing, one of the AEP solutions for electronic ticketing, consisting of 132 Futura 3B validators, 133 CDB-4 PLUS Multifunctional units and other materials, for a total amount of about 1M euros.

The Syndicat Mixte des Transports en Commun (SMTC) is the Transport Organising Authority (A.O.T) of the territory of the city of Belfort, a city in north-eastern France, in the Bourgogne-Franche-Comté region between Lyon and Strasbourg (Optymo network).

The supply was made through the Public Transport Purchasing Centre (CATP), an institution created in 2011 by officials and technicians from local authorities to optimize purchases for public transport. With this tool, local authorities can obtain supplies under predefined and particularly advantageous conditions, benefiting from the pooling of legal and technical expertise.

“Once again AEP confirms the superiority of its offer,” said Mr. Saverio Bettini, CEO and head of the commercial sector of AEP “which manages to beat important international competitors even in a country like France, notoriously among the most demanding in terms of Electronic Ticketing”.